The battle of Marengo was fought on this date 216 years ago. So it seemed like an auspicious time to re-fight it on the tabletop.
I just received my new Austrian army (AB 15mm) from the very talented Scott MacPhee recently, and this is their first run around the table.
I used the newest version of my tabletop rules based on Command & Colors. New rules include using 10-sided dice instead of the custom 6-siders. This allows more flexibility in the rules.
I have also recently added new rules around formations and routing.

Here is the re-fight:

8:00 AM
The Austrians surprise Napoleon by attacking out of Alessandria toward the village of Marengo. They catch Victor's Corps still in camp spread out in and behind Marengo. 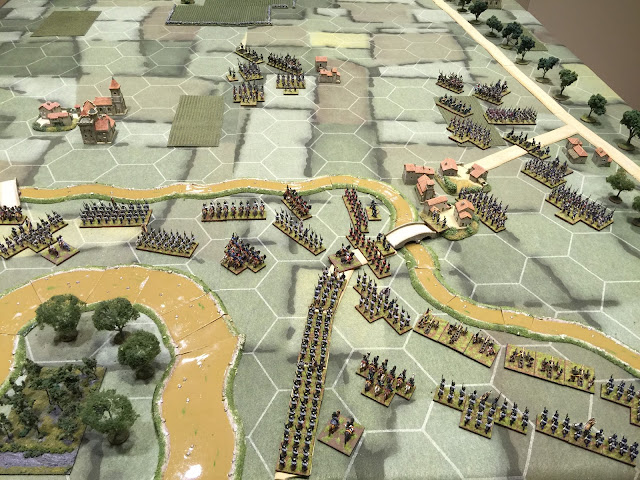 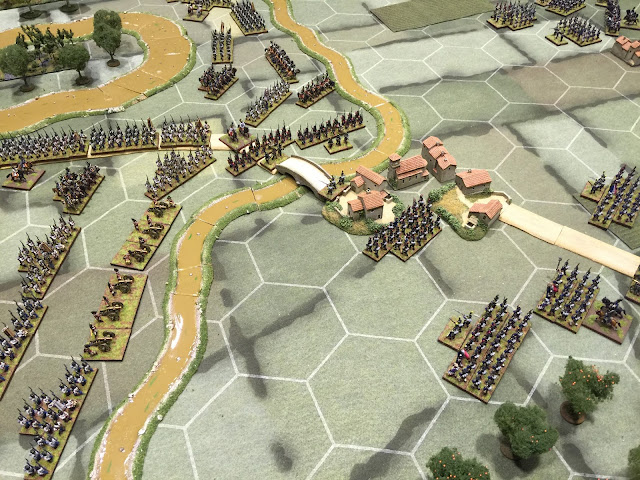 Austrian Grenzers storm the bridge over the Fontanone Stream into Marengo. 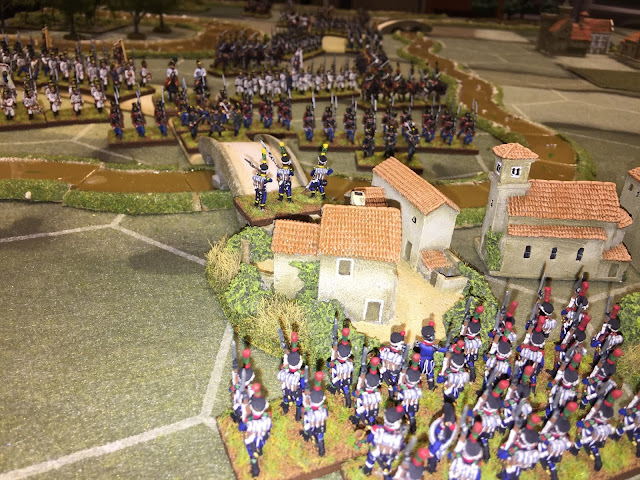 Meanwhile, the Austrian left wing moves toward the north bridge across from Castel Ceriolo. 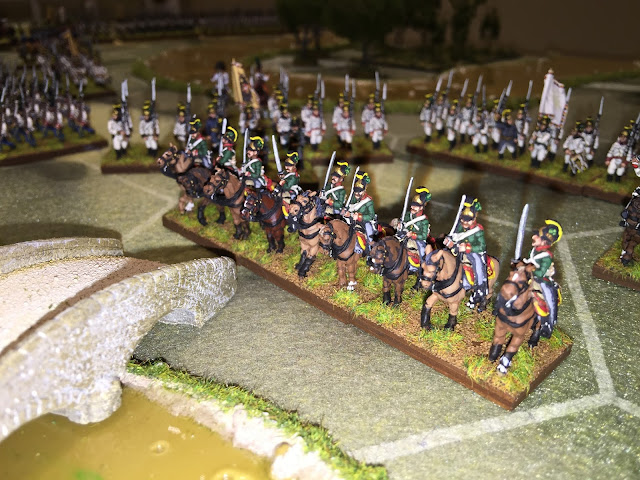 9:00 AM
The Austrians force their way into Marengo and across the stream south of town. 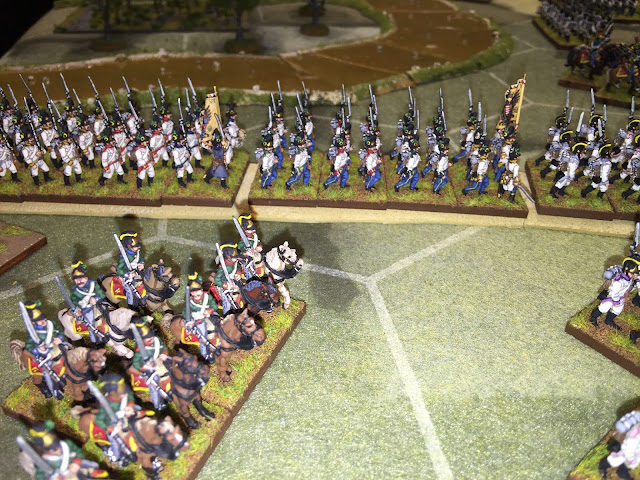 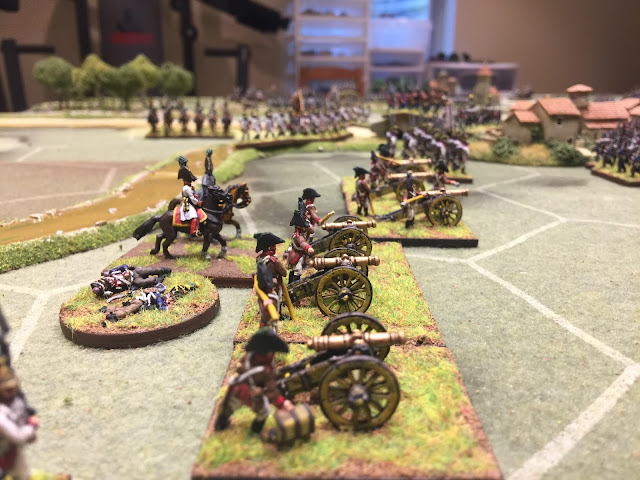 Victor's Corps falls back, but organizes a solid defensive line. 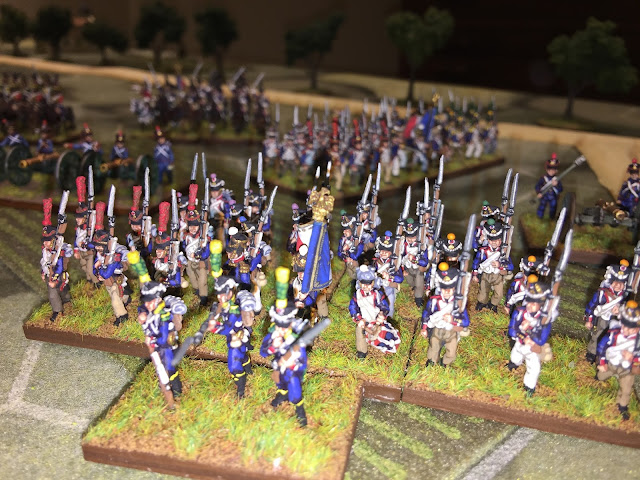 The Austrians attack into the orchard on the French left flank. The battle swings back and forth, with the French eventually coming out on top and the Austrians being pushed back. 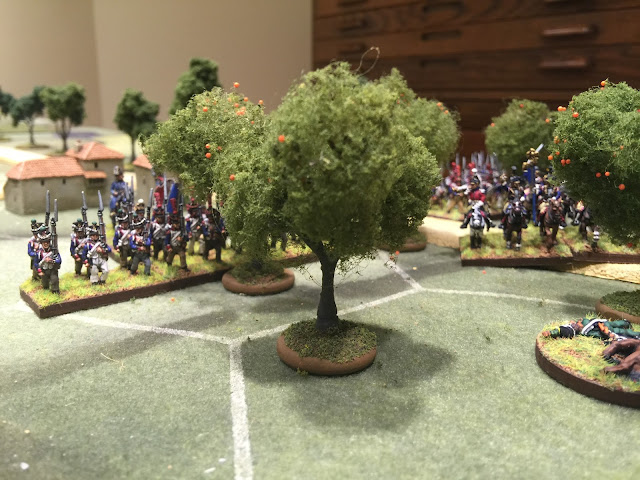 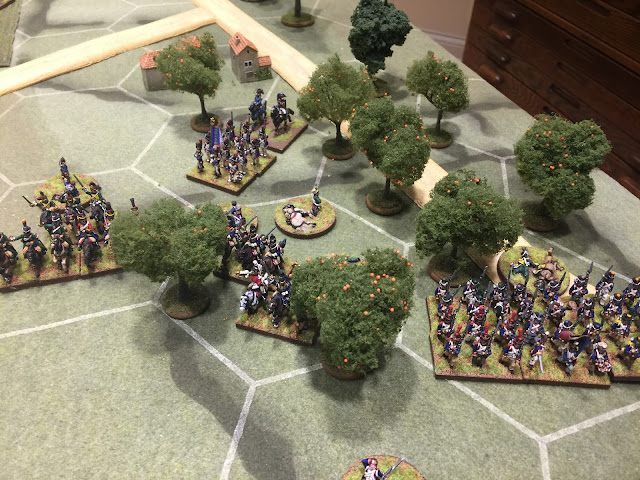 10:00 AM
Napoleon and the reserve march toward the sound of the guns. 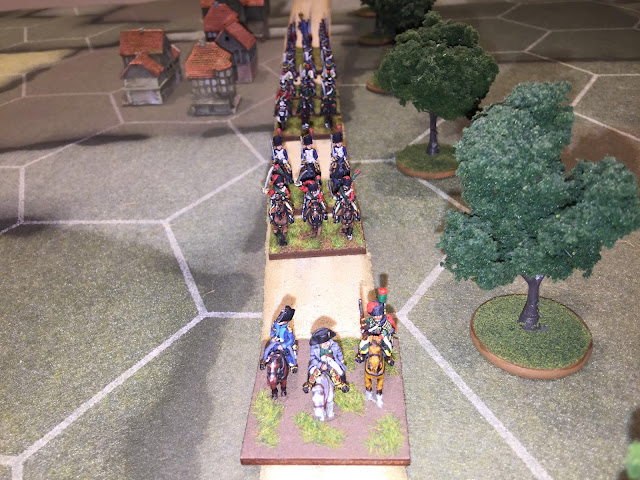 11:00
The Austrian left flank moves out and takes Castel Ceriolo from Lannes' Corps. 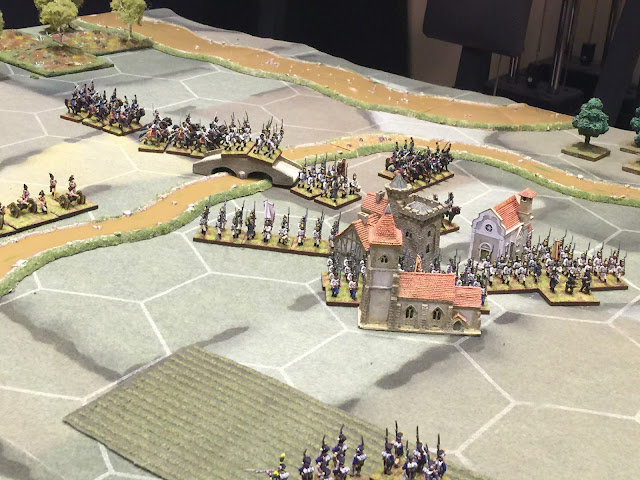 12:00 - 2:00 a fierce battle erupts east of Castel Ceriolo as the Austrians attempt to turn the French right flank and defeat Lannes before Desaix can show up with French reinforcements.
They utilize their advantage in cavalry to launch a series of cavalry attacks, and successfully defeat the French cavalry and force the infantry into square. 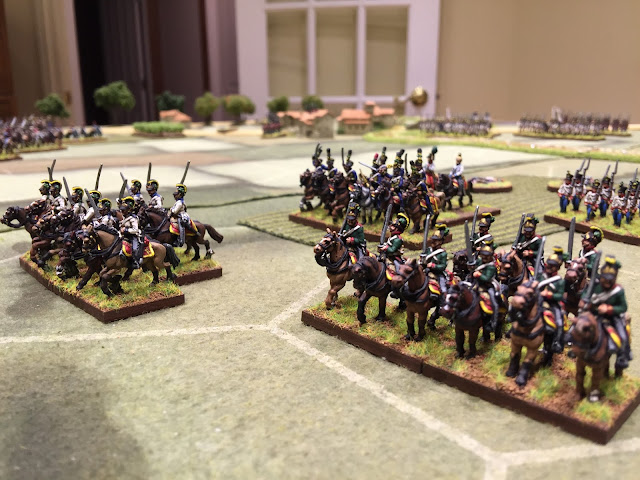 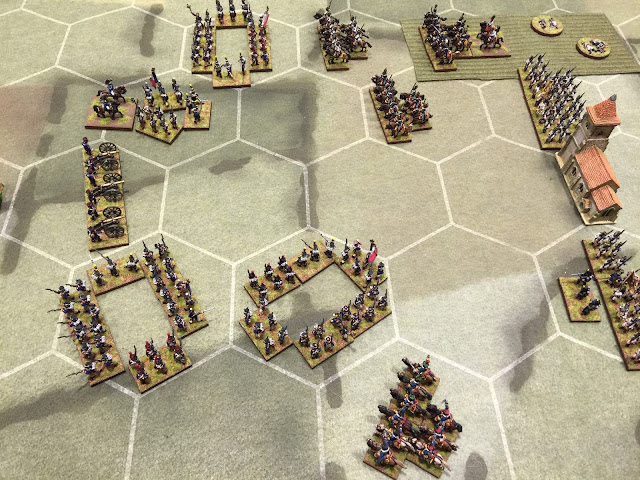 2:00 Meanwhile, Desaix leads Boudet's division toward the sound of the guns. 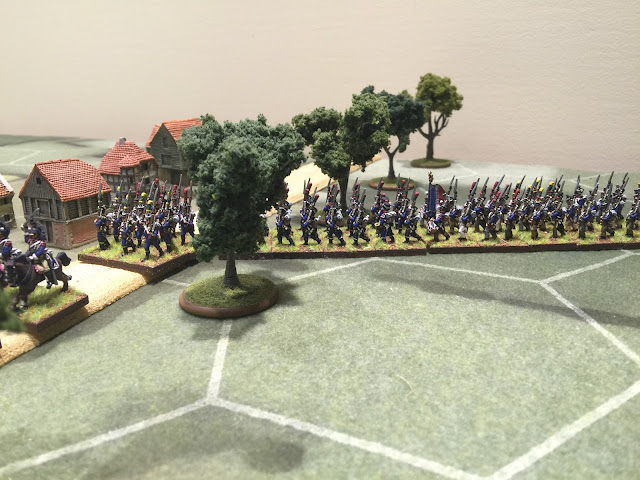 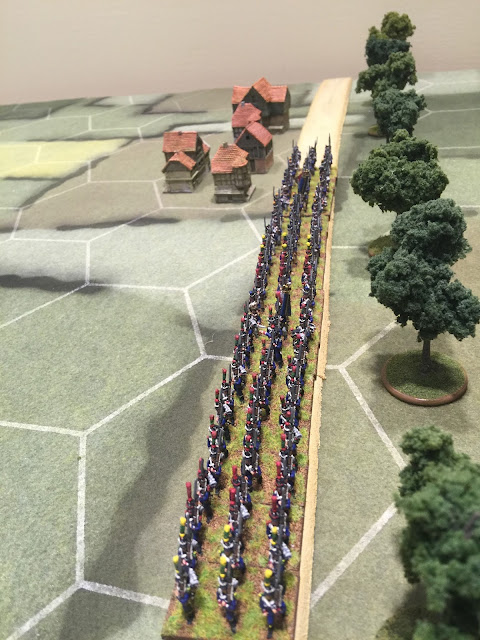 3:00 Napoleon leads the reserve into the battle on his right flank to drive the Austrians back. After initial success, the Austrian cavalry again prevails and defeats their French counterparts. In the final charge against the French Consular Guard Cavalry, they break through and capture Napoleon. 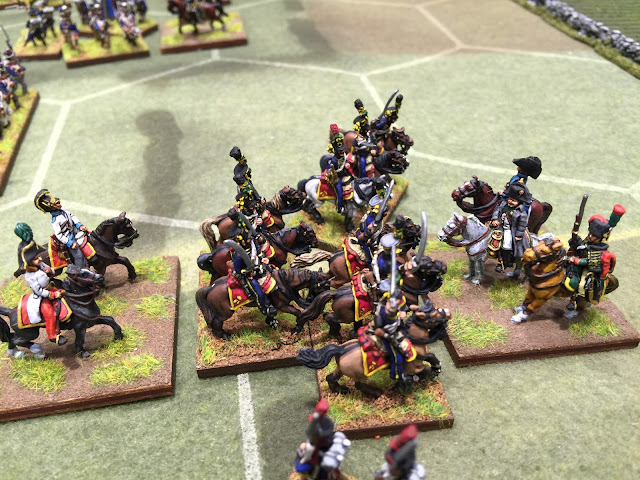 Despite this catastrophe, the French were able to inflict heavy casualties on the Austrians throughout the day. When the final Austrian attacks lost momentum, the French counter-attacked and drove them back into Alessandria.
French Victory!

The new rules work extremely well, and I love the new 15mm armies (Thanks Scott!)
Looking forward to many more battles.